An AIC and Indonesia update at the University of Queensland 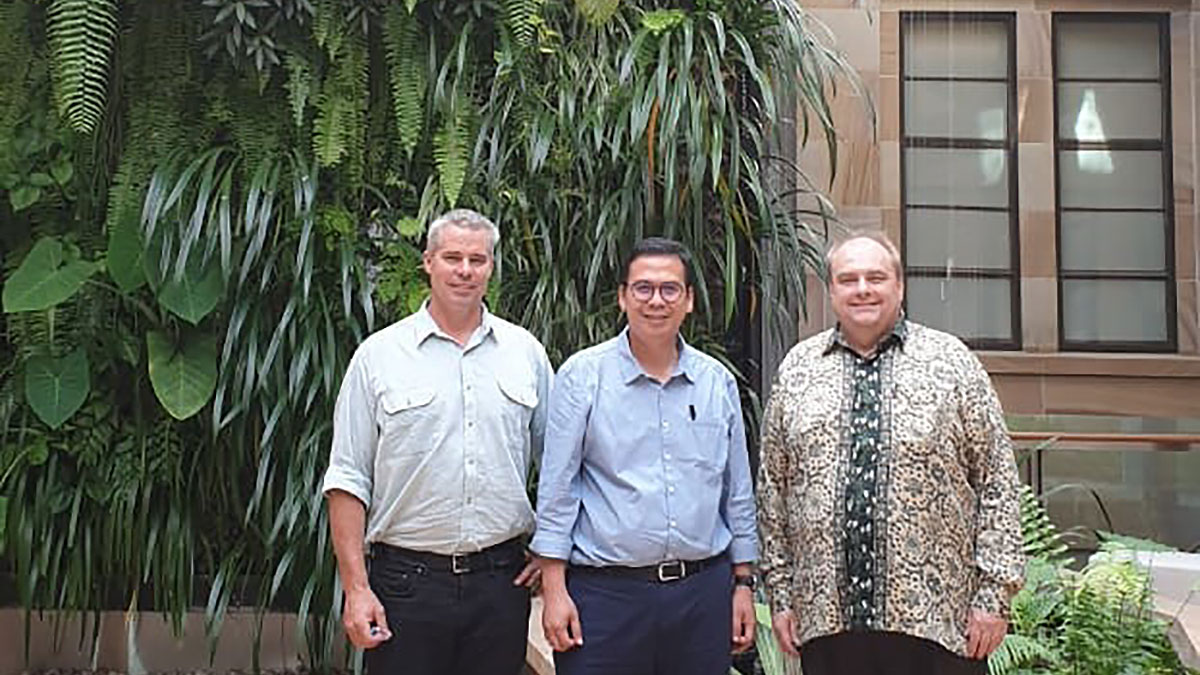 The University of Queensland hosted Australia-Indonesia Centre experts on 6 December 2019 for a lunchtime update on the AIC’s PAIR program, on labour productivity in Indonesian agriculture, and on the state of play in Indonesian politics.

UQ’s own Scott Waldron, Senior Lecturer at the School of Agriculture and Food Sciences and AIC Senior Fellow presented on PAIR, the Partnership for Australia-Indonesia Research, for which he is a co-lead. Scott, who hails from outback Queensland, has researched on agricultural development across the Asia-Pacific and has recently commenced PAIR research in South Sulawesi.

One of the aims of this presentation was to bring colleagues and students up to date on PAIR and develop links within the University of Queensland for the program. Scott has since appointed Zannie Langford as an AIC Associate Fellow to join him on the PAIR program. Zannie is a PhD candidate in the UQ School of Social Science and her recent research has looked at family farming entrepreneurship in Australia.

The AIC Senior Fellow from IPB University (IPB standing for Institut Pertanian Bogor, or the Bogor Institute of Agriculture) Professor Nunung Nuryartono presented next on labour productivity and profitability in Indonesian agriculture. He briefed the audience on ‘total factor productivity’ (TFP) across six sample provinces in Indonesia. Total factor productivity measures the economic efficiency of production processes, after accounting for growth in the standard inputs of labour and non-human capital. In other words it measures growth in output that is not explainable by growth in those two inputs.

“Total factor productivity,” Nunung reported, “has grown rapidly in the last two decades, mostly brought about by commodity diversification, [a switch] to higher-valued commodities and growth in private sector investment.”

Professor Nunung is Dean of Economics and Management at IPB and looks particularly at development economics, microfinance, and public policy. He is also Secretary of President Jokowi’s Advisory Council and, with Scott, has recently commenced work on PAIR which aims to spread the economic benefits of South Sulawesi’s new train line to the rural communities that live along its path.

Kevin Evans, Indonesia Director at the AIC, concluded the seminar with an update on Indonesia in the Jokowi era, drawing on his 25 years working in Indonesia in politics and international relations, with a particular interest in elections and government. Kevin also fielded questions on the AIC and the PAIR program, for which he, along with AIC Executive Director Dr Eugene Sebastian, wrote the scoping study.

A big thank you to Scott Waldron and the School of Agriculture and Food Sciences at UQ for hosting this event.