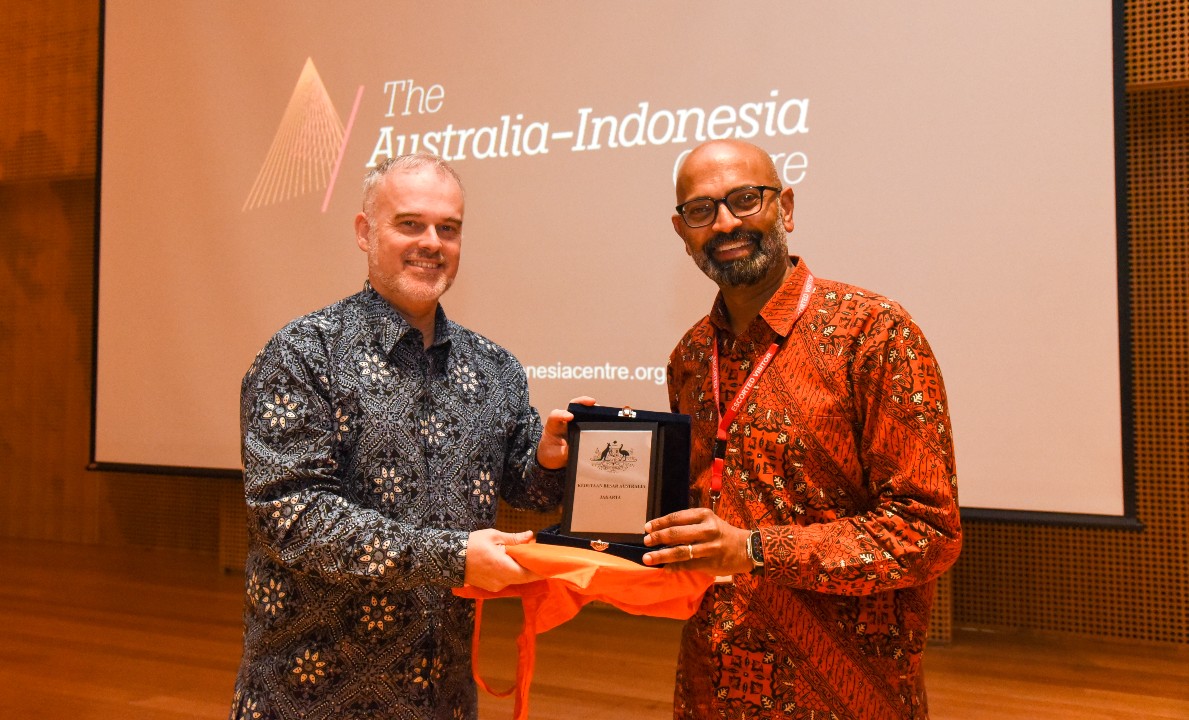 The Minister-Counsellor for Political and Strategic Communications, Adrian Lochrin, welcomed everyone and noted how it had been a `fantastic year’ for the bilateral relationship which ended on an optimistic note due to the visit by new Australian Prime Minister Anthony Albanese.

“The Prime Minister arrived here within weeks of the election. He brought a significant delegation from business and ministers. He also took the entire delegation to Makassar – sending a signal to engage with Indonesia beyond Java and beyond the capital,” said Mr Lochrin.

Guest speaker and new AIC board member Professor Jamaluddin Jompa travelled to Jakarta from Makassar for the event and spoke of the working partnership between Hasanuddin University and the AIC.

“When COVID hit, I thought the PAIR program was ended, I was ready to give up. But I was amazed at the way the researchers worked together and changed the strategy,” said Professor Jompa.

According to the university Rector, the role of local people became crucial.

“Our students went to the field to provide data and communications. I hope we use this platform as a model to keep working together. I truly believe this is something we can continue and strengthen.”

The event hosted two other special guests from South Sulawesi.

The head of the province’s education department, Setiawan Aswad, noted the high unemployment rate as outlined by the researchers and said that PAIR research findings could help solve such problems.

“This is the significance of the AIC and the PAIR model which has enabled strategic stakeholders to come together and find a solution,” said Mr Aswad.

“I believe I can see in the cases of policy failure and stagnation, the cause is due to the absence of data or evidence in policy making. That’s why we need the AIC and PAIR involved in the future to strengthen the local government.”

The head of the South Sulawesi development agency, Bappelitbangda, spoke of the value of the PAIR research as evidence-to-policy and how it will be used to help with the provincial government’s mid-term development planning.

According to Andi Darmawan Bintang, the community has changed over the last 20 years.

“Government needs to make public policy based on evidence. Otherwise the public will demonstrate against the government,” he said.

Makassar is the capital of the province of South Sulawesi, and the AIC has focussed its four major research projects in this area. These projects cover the themes of connectivity, commodities and young people.

The senior academics leading the work explained the impact of their team’s findings to the Embassy.

Dr Reni Suwarso from Universitas Indonesia and Dr Christina Griffin from the University of Melbourne outlined how the young people and development team had developed a deeper understanding of the daily lives of people aged 18 – 30 in the district of Maros.

The work uncovered a range of situations facing young people as farming land diminished with some having to move away for work, or facing limited career choices due to a lack of relevant education. Dr Griffin outlined the strong discrepancies between the ambitions of male and female youth.

Dr Suwarso said that the extensive work done leading to their recommendations to strengthen vocational education and reduce the skills gaps are being considered by Indonesian education officials.

The building of South Sulawesi’s first railway line has provided the Australia-Indonesia Centre with an opportunity to examine how a significant piece of infrastructure can be best utilised for social and economic needs.

The PAIR research team investigated several elements that are critical to the new rail line’s success. Professor Siti Malkhamah from Universitas Gadjah Mada told the audience of the need for flood mitigation work and local government effort to ensure the new train stations were connected to other transportation such as buses and had facilities that would encourage customer use.

Research co-lead Professor Nyoman Pujawan from the Institut Teknologi Sepuluh Nopember outlined the detailed analysis of passenger and freight demand that had discovered price pain points and estimated usage, and the importance of continuous monitoring to understand usage and customer satisfaction

Dr Mohsen Bagheri from Monash University discussed the detailed computer modelling done by the team which had resulted in the creation of new software to help with the challenge of scheduling multiple services on a single track.

The embassy attendees asked questions around broader infrastructure needs in the region and what the research showed about people using the service to connect with nearby cities.

The researchers outlined their recommendation for the local government to establish a smart city masterplan in five centres to improve connectivity.

The young people and wellbeing research team lead a study on the health, social and economic well-being of communities in South Sulawesi’s three districts: Maros, Pangkep and Barru.

While both programs have been successful in reducing poverty and increasing access to early childhood education, the research team recommends that the fund be extended to address food security and quality healthcare services.

Dr Sudirman Nasir from Universitas Hasanuddin explained the attention needed to address mental health issues in the district, including better skills and training for health centre workers at all levels and improved facilities.

The commodities team has led an in-depth study exploring the many various parts of the seaweed value chain. In the presentation Associate Professor Scott Waldron from the University of Queensland outlined how their work led to new information on the rapid growth of the carrageenan processing and food industry sectors.

The research found that China buys 87 percent of Indonesian seaweed exports and also accounts for up to 50 percent of carrageenan processing output in Indonesia, much of which is also sold to China.

Understanding how the seaweed industry operates along the value chain is key to identifying areas for growth and understanding where incentives could be used to improve quality.

Dr Syamsul Pasaribu from IPB University said the team had looked at current and planned seaweed growing areas, showed how satellite imagery could help better identify the opportunity and how innovation could be used in other areas of the industry.

The Centre’s executive director Dr Eugene Sebastian said four lessons had been learned from the PAIR program. They were:

Dr Sebastian said the knowledge partnership created by the Centre was the reflection of mature relationships and partners coming together to solve problems as equals.

The Australian Department of Foreign Affairs and Trade is the major funder of the research work undertaken by PAIR and we would like to thank them for their support. 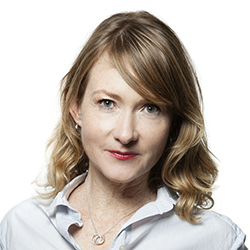