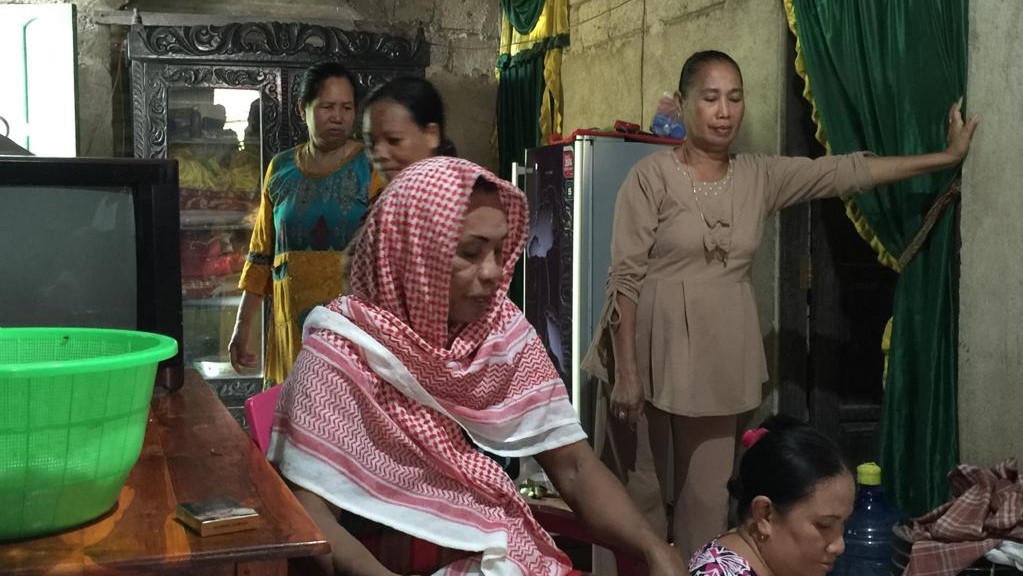 I recently took a three-day road trip in South Sulawesi with my senior AIC colleagues to deepen our awareness of the region ahead of our new four-year major research program, the Partnership for Australia-Indonesia Research (PAIR).

The trip formed a small part of PAIR’s preliminary scoping work, which looks at demographic and socio-economic characteristics, political variables, main actors and infrastructure development in South Sulawesi. The research itself will be undertaken by a multi-disciplinary and bi-lateral team of researchers.

PAIR aims indeed to shed light on those communities – especially the young people among them – that will soon be impacted by a national infrastructure project currently underway: the railway line connecting the capital city, Makassar (once known as Ujung Pandang), to the city of Parepare.

On our way to Parepare from Makassar we visited some communities that live along the path of the new railway line, including in the regency of Pangkajene (Pangkep). The AIC’s Indonesia Director, and our trip planner, Kevin had arranged for us to stop in the small town of Segeri at the home of a bissu. This immediately captured our attention: what is a bissu?

We soon learned that Buginese people (also referred to as Bugis), who are one of the three major ethnic groups in the province, have five genders that coexist in harmony. Aside from makkunrai (women) and oroané (men), the Buginese society identifies calalai (transgender females), calabai (transgender males) and bissu. Bissu is the fifth gender, which embodies all genders or none of them: it transcends gender. The etymology of the term is unclear but it could derive from the Sanskrit word bhiksu, meaning monk.

The bissu held a sacred role in the pre-Islamic Bugis kingdoms. The spread of Islam in South Sulawesi at the beginning of the seventeenth century challenged bissu’s claims of divine status. However, bissu peacefully coexisted with the Islamic faith for a long time. A shift occurred with the advent of an Islamic fundamentalist movement led by Abdul Kahar Muzakar in the 1950s and 60s. Bissu (along with communists) were violently persecuted, tortured and killed and their customs and ceremonies were banned.

Yet since Suharto’s fall in 1998, bissu have increasingly been accepted and even revered by many devoted Muslim Bugis. Bissu still consecrate building sites, perform spiritual rituals during weddings and harvest periods and are believed to be able to restore good health. No wonder they have been described in many quarters as androgynous priests or shamans (androgynous coming from the Greek andros, for male, and gyne, female).

Upon arrival in Segeri, we jumped out of our van, eager to make the acquaintance of Bissu Nani, also known as Bissu Matoa. Their house was painted yellow, with a small covered patio facing the road. To the right of the front door was a sign displaying the Ayat Kursi, or Throne Verse, regarded by Muslims as one of the most powerful verses of the Qur’an. In front of Nani’s house a group of women and children welcomed us warmly. They seemed to be as curious about us as we were about them. They beckoned us into the house and invited us to sit.

After a few minutes Nani, wearing a red and white veil, slowly entered through the back door. She then sat down next to us and lit a cigarette. Kevin asked a few questions and Nani revealed some aspects of the life of a bissu, including the difficult times. We were then taken to a small room carpeted and decorated in warm, soothing colours, where Nani performed a chant, communicating with the ancient spirits and honouring them.

Back in the van, on our way to Parepare, I reflected on this experience that calls into question dichotomous and fixed gender structures. Bissu indeed challenge assumptions about gender ‘norms’ and ‘roles’. They also challenge the stereotypical and sometimes dominant view of Islam as an intolerant religion, impermeable to change. In fact, as demonstrated by the Buginese people, Islam can indeed be tolerant of other faiths and of gender diversity. It can be remarkably syncretic and flexible.