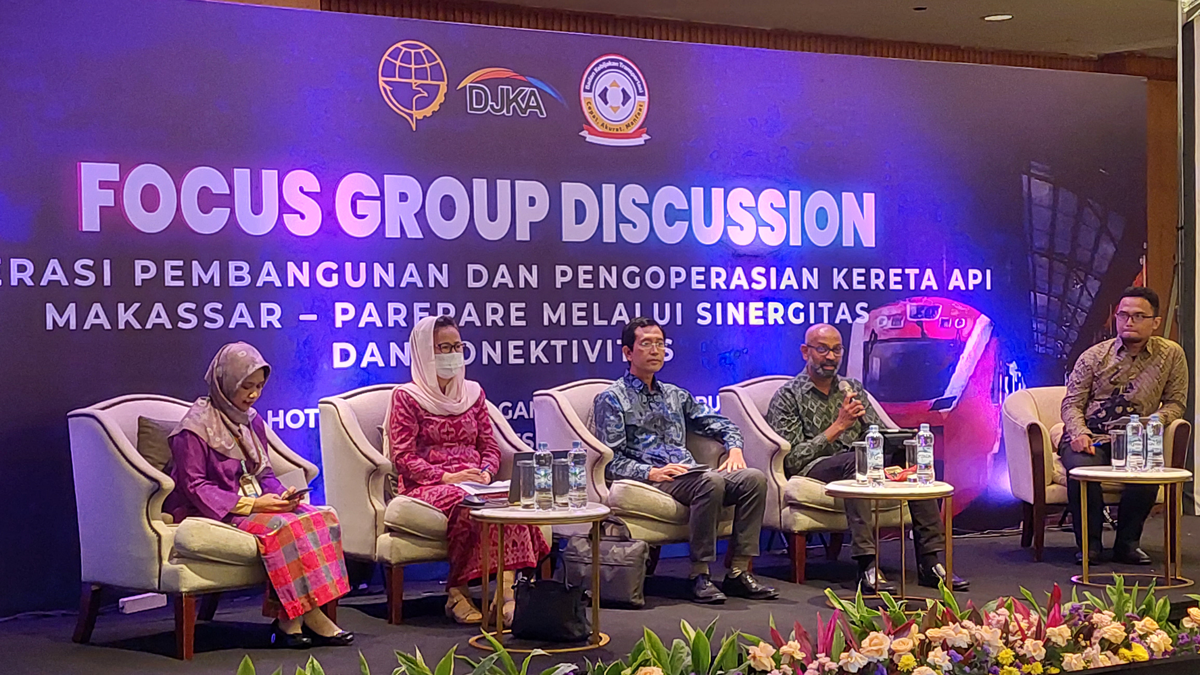 Pricing strategy and subsidies are crucial components of the new South Sulawesi railway, with a conference in Jakarta hearing that support is necessary for both freight and passenger rail in the project’s early stages.

This was the message from Dr Gede Pasek Suardika, head of the Transport Policy Agency (BKT), and PAIR researchers who have examined the railway as part of a major 12-month project.

Delivering a keynote address, Transport Minister Dr (H.C.) Ir. Budi Karya Sumadi said the line had great potential for the sustainable movement of goods, albeit there were challenges to overcome as identified by the PAIR research.

Dr Gede Pasek Suardika said the railway was important in taking an “Indonesia centric” rather than “Java centric” approach to development, however the line would need support at the start.

“Subsidy for this is a must, at least in the initial operations,” he said, noting that transport is “slow yielding”.

“We need to ensure that demand goes up, but this requires time. That is why we need policy in the form of subsidies.”

Supporting the railway is an idea that has been advocated by PAIR researchers, whose work formed the basis of a policy brief arguing for a number of measures to ensure the railway is successful.

Dr Gede spoke of “change the mind, change the paradigm” and noted the line’s potential to contribute to ecotourism.

“PAIR focuses on this issue and considers various ways to provide benefits to the local and provincial communities,” he said. 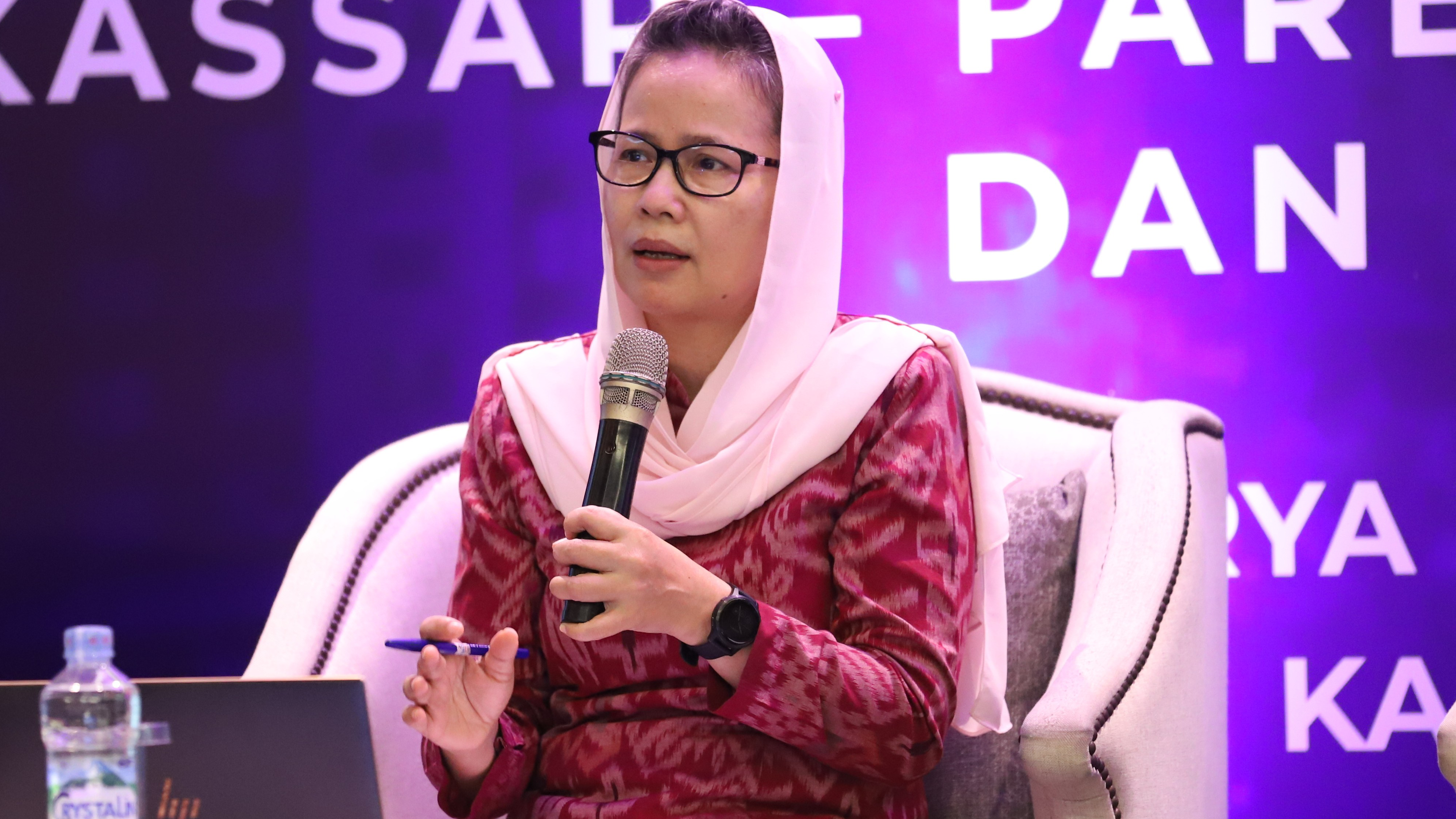 Professor Nyoman examined forecast demand and said subsidies should be an option for freight as well as passenger services.

“We need to take a look at the cost-benefit analysis. Because at this time, if the benefits are seen from the companies that are operating it, we may say ‘oh, that’s a lot’.

“However, what we forget here is that the benefits created by such transportation services are far beyond the revenue that is received by the operators,” he said.

“This is something we need to consider and that is why the government needs to have the courage to provide subsidies.”

Professor Malkhamah said there was a challenge in overcoming flooding in the countryside and that “we need to minimise the possibility of floods occurring and we also need to examine what we need to do if a flood occurs”.

Professor Malkhamah spoke of the railway as “a backbone for goods and passenger transport” in South Sulawesi.

Asked about the potential for the line to become a high frequency urban railway in the Mamminasata Metropolitan Area, Andreas Ernst of Monash University said it was important to take an integrated approach.

“There are limits to how frequently one track can run trains. The other issue is this part of the network hasn’t been built yet and would only serve the northern part of the Mamminasata region,” Professor Ernst said.

“There are some challenges, however it is important to integrate existing public transport and any future public transport with the railway line to ensure longer trips can be taken from the Makassar metro region to other parts of the province.”

PAIR research shows a number of potential ecotourism destinations along the railway, with local tourism businesses enthusiastic about the line providing improved access to significant geosites.

According to Dr Alimuddin, better connectivity between the railway stations and local buses is required to take advantage of this interest.

“This is important for users’ convenience in using the railway line for accessing these ecotourism destinations,” Dr Alimuddin said.

Mr Wasal provided an update on construction. He reported an investment of IDR 8.25 trillion, that 118 kilometres of track had been built, with 66 km now in operation.

Mr Wasal said 14 train stations had been built, of which 10 were ready for use, noting that travel times between Makassar and Parepare would be about ninety minutes or twice as fast as travelling between the two centres by road.

Ms Herawati spoke of short, medium and long-term policy action plans for the operation and sustainability of the line.

She recommended the government provide information about the railway so that people are more familiar with train services.

“Not all of society benefits from these developments because they don’t have access to knowledge or skills or the resources that can help them benefit from these new transportation developments and investments,” Dr Sebastian said.

The conference also heard from First Secretary (Infrastructure) of the Australian Embassy in Jakarta, Esther Ewagata, who said the partnership between Indonesian and Australian researchers on maximising the effectiveness of the South Sulawesi railway showed “a close friendship” between the two countries.

“It is important to share knowledge to create workable solutions in addressing challenges,” Ms Ewagata said.