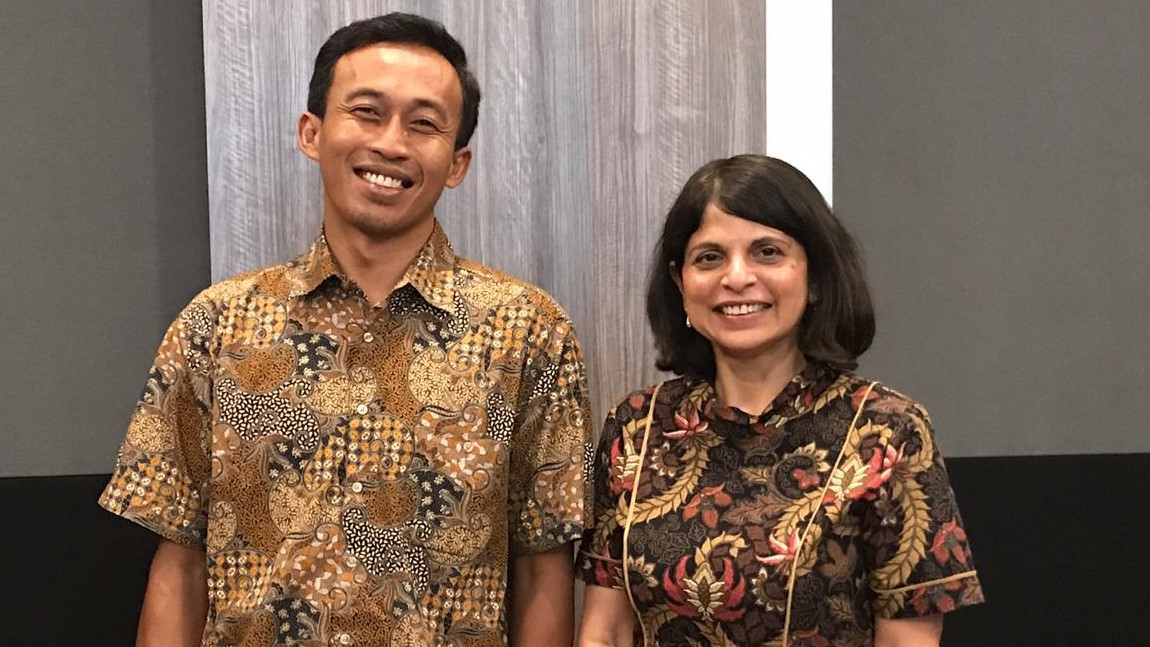 Professor Anu Rammohan is an AIC Senior Fellow and lecturer in Economics at the University of Western Australia where she is also the Associate Dean International for the Faculty of Arts, Business, Law and Education.

In these two interviews, she discusses her journey to economics, to UWA, and now to the PAIR program. Her research focus is on maternal and child health outcomes, gender and food security issues.

Describe how/why you first became interested in your research field.

I became interested in my research field from the time I started on a PhD in Economics. With regards to Indonesia in particular, I got interested in 2005 when a young honours student from Indonesia asked me to supervise her thesis on microcredit in Indonesia.

My dad was a research scientist in a Government of India engineering research institute in the southern city of Bangalore, which is now the IT hub of India. I have grown up surrounded by research centres such as the Indian Institute of Science, the Indian Space Research Organisation etc.

UWA has one of the most beautiful campuses in the world, situated on the banks of the Swan river. It is a relatively small university and it’s very collegial, with great access to some of the key capitals in Asia (such as Jakarta, Singapore, Hong Kong and Beijing being in the same time zone).

Where are you from? What is it like there? If you could export one aspect of life from there to the world, what would it be?

I am originally from India, which I left several decades ago. I generally find myself being very relaxed when I go there. Despite all the poverty etc., people are in general stoic, find pleasure in small things, positive and do not get easily stressed about things. I wish I could bring that peace and calm here.

I think if we could bring Australia’s universal medicare to India, that would make a big difference to the lives of the poor.

I think the widespread access to domestic air travel has increased connectivity. Growing up in India, the railways and buses were the main source of travel, and it would take days to travel between two major cities. The widespread availability of several domestic air carriers in the 1990s has made a big difference to affordability and improved linkages between cities.

I like going for long walks. Perth has some beautiful parks and lakes where we can walk for hours.

Do you have a party trick, super power or signature dish that you cook?

I love baking, and my signature dish is Portuguese custard tarts.

For me personally, ‘The Great Escape’ by Nobel laureate Angus Deaton is a great read. In non-technical terms, it charts the history of the world over the last 250 years and the things that have enabled some countries to become healthier and wealthier.