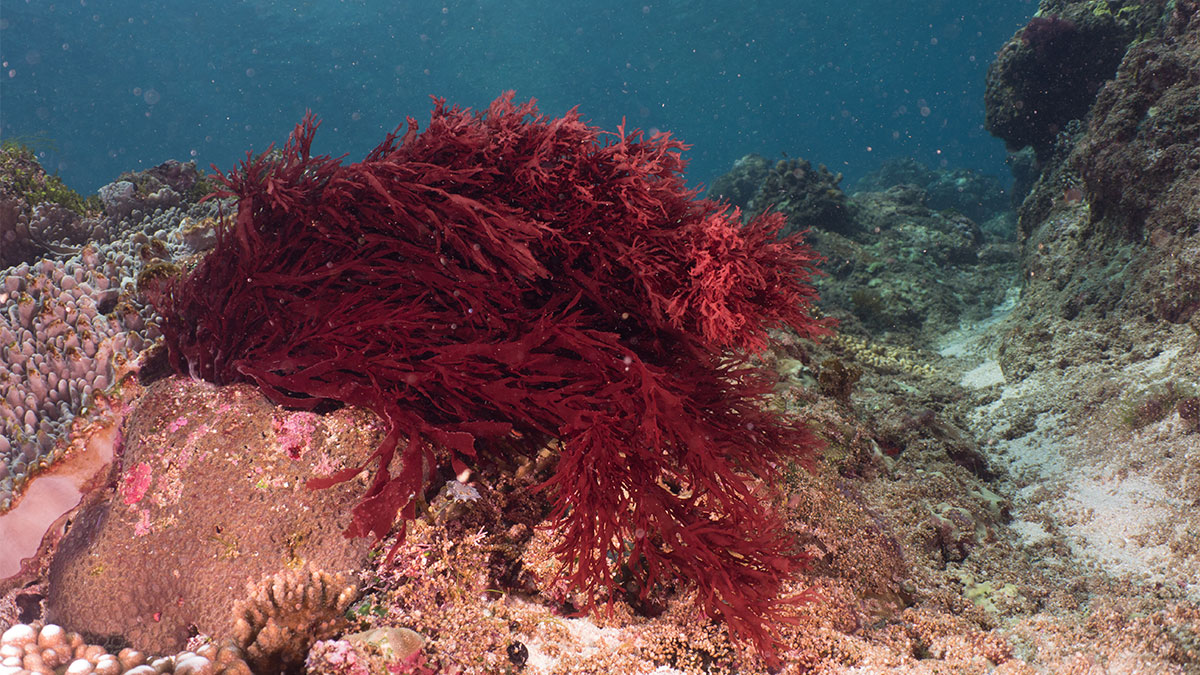 As an archipelago nation, Indonesia has more than 17,000 islands. Its coastline is the second-longest in the world after Canada. Its marine area spans 17.92 million hectares, three times the size of its landmass. The potential production of fisheries and aquaculture is huge – estimated to be around 100 million tons per year, compared to the current output of 20 million tons per year.

Seaweed farming is a growth industry in eastern Indonesia, and the province of South Sulawesi plays a vital role in its production. According to Deloitte, the province alone contributes 18 per cent of global red seaweed production, which supports the primary livelihoods for 40,000 households. Yet the vast majority of that red seaweed is not processed or refined in South Sulawesi but exported for processing elsewhere. As a result, farmers remain impoverished and the province and the country continue to play a limited role in the global value chain.

Even though seaweed is harvested all around the world, a staggering 99 per cent is produced by eight countries in Asia. China and Indonesia are, by far, the dominant producers, with China’s share of production is 47 per cent and Indonesia’s 38 per cent.

Indonesia’s production had more than doubled from 5,170 tons in 2010 and 11,631 tons in 2015. This rapid growth is due to the cultivation of Kappaphycus alvarezii and Eucheuma – primary raw materials for carrageenan extraction used to thicken, emulsify and preserve foods and drinks.

A World Bank 2016 report estimates that annual global seaweed production could reach 500 million tons by 2050 if producers can increase their harvest by 14 per cent per year. Hitting 500 million tons would boost the world’s food supply by 10 per cent from the current level. It would also create 50 million direct jobs in the process and, as a biofuel, replace 1.5 per cent of the fossil fuels used to run the world’s vehicles.

Seaweed is a versatile product with huge potential. About 65 per cent of all seaweed production is consumed, while 15 per cent is turned into clear, flavourless thickeners ingredients used in food additives and 20 per cent into fertilisers, animal feed ingredients, paper and biofuel. Carrageenan is extracted from the skeleton of seaweed and used in the food industries due to its gelling, thickening and stabilising properties. Its main application is in dairy and meat products, due to Carrageenan’s strong binding to food proteins. Carrageenan is also a vegetarian and vegan alternative to gelatin. Alginate, another extract, is a marine biopolymer used to thicken solutions, to make gels, to form films and in several industrial applications. The textile industry uses it as a thickener for paste containing dye. In the food and beverage industry, alginate is used in ice creams and sauces.

Recent developments in seaweed biorefining have widened its use to the production of biofuels, chemicals, cosmetics and pharmaceuticals. Australia’s national laboratory, CSIRO, for instance, is researching the benefits of feeding cattle seaweed for lowering methane emissions in cattle and sheep and reduce greenhouse gas emissions from Australia’s AUD$17 billion livestock sector. Indonesian start-up Indonesia Evoware has invented cups and food containers made from seaweed as an alternative to plastics. The company has also designed food wrappings and sachets (containing, for example, instant coffee or flavouring for noodles) made out of a seaweed-based material that can be dissolved and eaten.

Indonesia has ambitious plans to boost its seaweed sector. While the country is a major producer of cultivated tropical seaweed, much of this is exported as low value-added raw materials to China or the Philippines. In 2015, President Joko Widodo made his intentions clear. He announced his Roadmap for the Development of the National Seaweed Industry 2018-2021, calling for the industry to process all seaweed produced domestically. “We have to develop the downstream industry to be able to export finished goods. We must not continue to be a supplier of raw material”, said Jokowi.

The plan was to double seaweed production from nearly 19.5 million tons by 2019; to process half of it domestically by 2020; and to reach 5 per cent seaweed content in feedstock mixes for fish and other animal farms.

In 2016, the government announced an increase in its seaweed development budget. Funding was multiplied by eight to reach a total of US$238 million. More capital was invested in building storage and factories, as well as for improving seed quality. Jokowi’s roadmap identified some important points. For instance, five Sulawesi provinces (all but West Sulawesi) were identified as offering prospects for both of the essential groups of seaweed species: Eucheuma and Gracilaria – important sources of carrageenan. Improving seaweed cultivation, sustainable management, innovating downstream production and improving competitiveness are a few other areas identified in the roadmap.

The government also identified several other problems that need fixing. They include:

Seaweed can significantly boost Indonesia’s economy and markedly improve the welfare and livelihood of its people, especially in coastal and island communities. With more investment into the sector, huge opportunities will flow from the development of a healthy, sustainable and globally competitive industry.