Unlocking the potential of the South Sulawesi seaweed industry 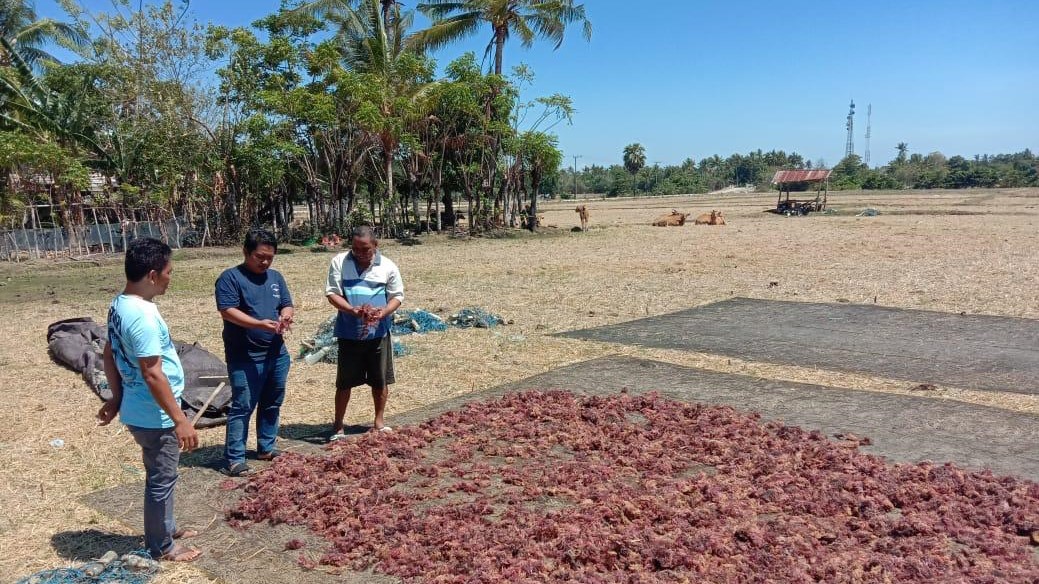 View this Media Release as a PDF

The seaweed industry is big in South Sulawesi, but its potential is much bigger.

An interdisciplinary team of researchers from Indonesia and Australia are setting out to help the province unlock this potential, to drive prosperity and development.

Despite Indonesia being the largest producer of carrageenan seaweed in the world, and South Sulawesi the largest in the country, the industry remains under-utilised and under-developed.

In this new project under the AIC’s Partnership for Australia-Indonesia Research (PAIR) researchers will seek to understand the current state of the seaweed industry in South Sulawesi, to inform later projects that will focus on upgrading it.

All research will be undertaken remotely, with no travel required.

Agriculture plays a central role in South Sulawesi’s economy, and seaweed is a key component of this, supporting the livelihoods of up to 40,000 small-scale farmers and large numbers of traders and exporters. Indonesia and South Sulawesi hold an international competitive advantage in seaweed production, which is used in the food, cosmetic and pharmaceutical industries.

Yet, stakeholders in the seaweed industry believe there are opportunities to add value and improve current practices. For example, around 90 per cent of Indonesian seaweed is exported as a raw material, whereas processing before exporting could increase its value.

Meanwhile, modernising cultivation methods, upgrading harvesting technology and improving institutional arrangements could increase the livelihoods of farmers. Improvements to technology and policies could also reduce the environmental impact of the industry.

In this project, researchers will seek to understand the current state of the seaweed industry in South Sulawesi by conducting analyses on:

This is the third of four PAIR Pilot Projects. Previously we announced projects from the domains ‘Young people skills and development’ and ‘Young people, health and wellbeing’.