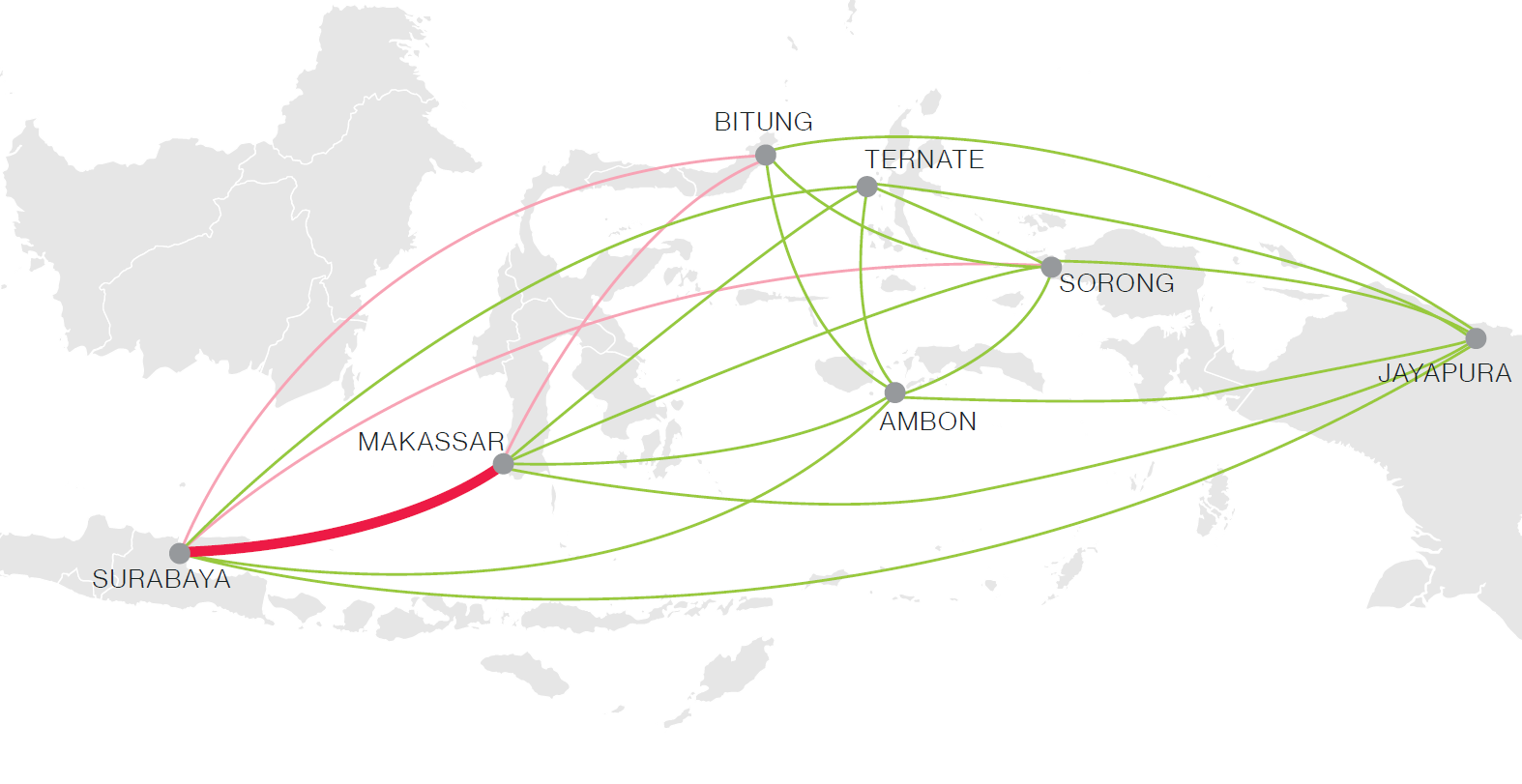 When Joko “Jokowi” Widodo became President of Indonesia in 2014, one of his boldest policy moves was to spend big on infrastructure. After decades of under-spending, Indonesia was being left behind with a massive infrastructure gap. In his five-year national plan (2015-2019), he made accelerating infrastructure investment his priority.

He pledged to build 5,000 kilometres of railways, 2,600 kilometres of roads, 1,000 kilometres of toll roads, forty-nine dams, twenty-four seaports, and power plants with a combined capacity of 35,000 megawatts. He identified, for instance, fixing port infrastructure, the shipping industry and maritime tourism as important for improving connectivity. He increased spending on distribution networks and lowered logistics costs to enhance competitiveness. He also committed to spending more than half of the national budget outside Java to address regional inequality.

As an archipelagic nation, Indonesia’s challenge is intra-island, inter-island and international connectivity. Connecting port to city to rural to islands is vital for poverty alleviation and for sustainable rural development and urbanisation. By investing in infrastructure that links cities, towns, villages and islands, these new
connections will open up new possibilities. The stronger physical linkages between roads, rail, seaports and airports have the potential to improve living conditions, open up access to markets and lift employment opportunities for local communities.

Through the lens of Connectivity, People, and Place, we explore the possibilities that arise for communities when improvements are made to physical and non-physical connections – whether through infrastructure, transport, communications, technology, and trade.

Eastern Indonesia is our priority region and the province of South Sulawesi our place-based focus. A new port is being built in Makassar, positioning it as a gateway to eastern Indonesia. Along with the port, new industrial economic zones are emerging, and an ambitious trans-Sulawesi railway network is under construction.

Over the next four years (2019-2022), we will explore the western coastal region of the province where a new 145-kilometer railway line is being built. The line will connect five cities and regencies: Makassar, Maros, Pangkajene, Barru and Parepare. The route will provide much-needed transport for people and goods, and stands to stimulate the local economy, boost commodities and transform communities. However, experience shows that connectivity improvements do not benefit communities if they are not peoplecentric – sustainable, affordable and accessible. People are likely to remain disadvantaged if they lack the knowledge needed to take advantage of opportunities and if they lack access to enabling resources or the skills needed to gain employment or build an enterprise.

Through PAIR, we will work with communities to investigate what the railway line means for them. How connectivity can support local communities to build their resilience, through improved sustainability and productivity. To do this, we will bring together a team of 51 researchers from 11 universities to work with all levels of government and with businesses and communities to explore the issues, define the problems and co-create solutions.

PAIR entrenches the importance of academic institutions in the Australia-Indonesia relationship. It focuses on the importance of evidence-based knowledge in supporting development, planning and policy-making for both countries. While PAIR is in one sense the culmination of the first phase of the Centre’s existence, it is also the first step on the road ahead. It is the proof of concept for the Centre’s new research approach – place-based, demand-driven and interdisciplinary. It starts in South Sulawesi and can be taken and replicated elsewhere. Our goal by 2022 is to use evidence-based research to contribute to improving the lives of local communities along the Makassar-Parepare railway line. And in the process, we want to foster a deep network of bilateral researchers that continues to collaborate beyond the project in search of interdisciplinary solutions to connectivity challenges.